Welcome to week 12 of Makeover Mondays. Where its now 2x in a row I drop a Makeover Monday on an actual Monday. For makeover #12, we move back to the BBA, and to the San Antonio Outlaws.

Founded in 1973 as the Birmingham Bandits, where it took them only 5 seasons to win their first division title. Over their 71 years of existence, they have had nine GMS, of which the current GM (Mike C) has been at the helm for 38 seasons. It was Calvaruso that moved the team in 2030 to San Antonio, into what was the Johnson Southern Division at the time. During their 71 year history the club has amassed over 5300 wins, and they post a .480 winning percentage. They have made 14 playoff appearances, have 6 division titles, have made the Landis 6 times, and have brought home 3 championships. Now onto the reason we are all really here, their look.

Lets start off by saying, I like the logo, its a skull wearing a black cowboy hat and and bandit mask. Simple, but it doesn't really have a "baseball" feel to it. It kind of reminds me of chewing tobacco skoal bandit feel to it. Might have been while a lot of this was going on at the ballpark in San Antonio... 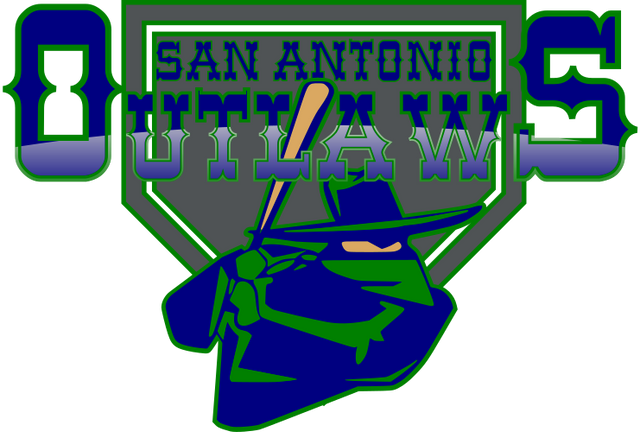 Whenever I think of San Antonio, I think of one of my favorite leagues back in the 1980s, the USFL. One team in there was the San Antonio Gunslingers. As you can see in the new Makeover Monday version of the Outlaws brand, I decided to change their in-game colors / theme to be "USFL Gunslinger" themed. using Silver, Blue, and Green. My feature my rules

The new design stays true to the teams name, but gives an updated look to their "Outlaw" by giving him more of a baseball feel, now swinging a baseball bat, and sitting on-top of a home plate. The teams font was updated also for more of a Texas/Outlaw type feel, with the shadow of a Texas sunset across the wordmark.

Hats: -- They had one hat in-game, used for both home and away. Bi-colored hat. Red side panels with a white brim, and a red bill. The current bandit logo on the front. 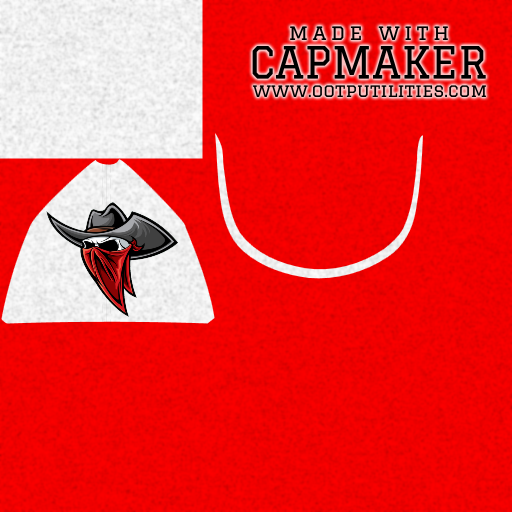 New: -- Changed the hat up to be in-line with new team colors. Its now Green, with a Blue brim and the updated logo on the bill. 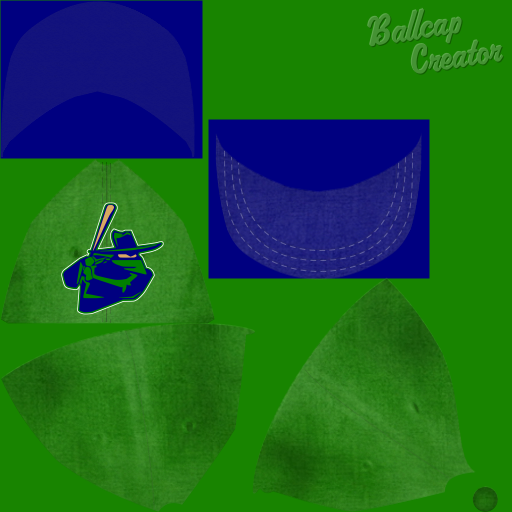 Home Uni: -- A white jersey with a thick red-and-white v-neck collar, red undershirt and collar. The teams nickname in current team font, spread out diagonally on the front of the jersey, with a different color O in the wordmark. Don't know why this is, but its not used in any other branding aspect of the current team. 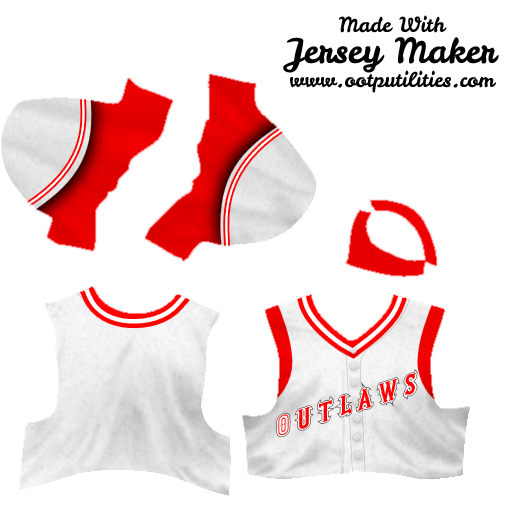 New: -- Its now a cream colored jersey, with the teams wordmark in updated blue/green font across the chest with larger O and S letters. It has thin green piping on the jersey, and green and white sleeve stripes. The undershirt and collar are both team green. The right sleeve dons the teams updated brand, and on the left sleeve, as any good team from Texas should have, the Texas state flag. 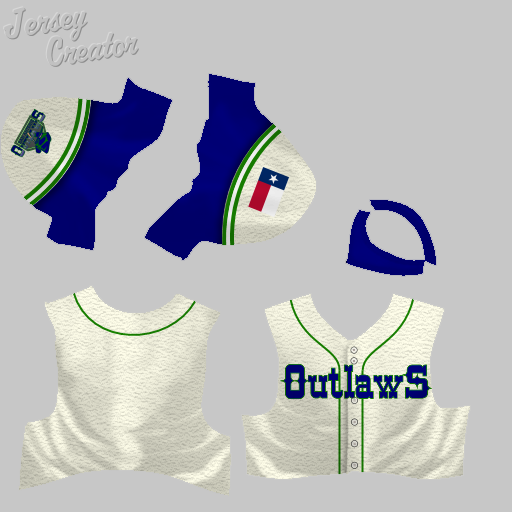 Road Uni: -- Wow! I hope San Antonio's fans are color blind, because there is a lot of red going on here, and YES, the v-neck collar is back!!! The teams name is now spelled out in a arched format with no differentiating "O". Outlaws fans I ask you, What is best in life?!...and a really RED jersey (that was in the special edition directors cut laser disc edition). 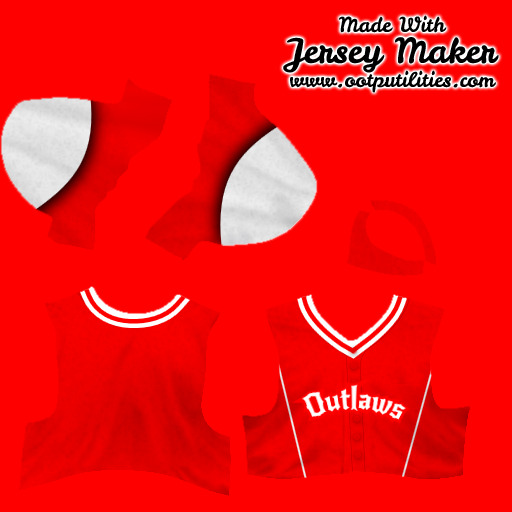 New: -- Its a updated to now be a soft grey jersey, with green piping down the front, with reversed blue and white
stripes on the sleeves. The undershirt and collar are now green. It has the city name in team font across the chest, with the teams new logo on the left sleeve, and the state of Texas flag on the right. 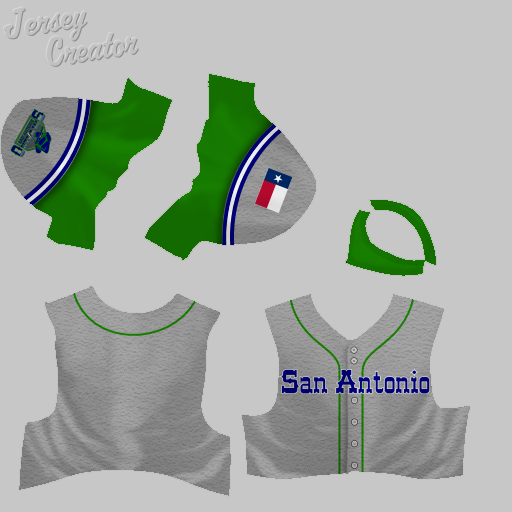 This is one where I like the old school look with the old one and wouldnt really mess with it too much.
Brett "The Brain" Golden
GM: Nashville Goats 2034-2039 (The Plan® was working when I left!)
GM: Charlotte Cougars 2040-

As a Texan, it would have been good to see the Alamo in there somewhere.
Top

Pee Wees bike is in the basement!

I don’t know? The figure is great but the writing all seems to merge into the grey background. I think a better, more contrasting set of colours, would improve it no end. I’ve always been a fan of high contrast colours that really stand out
Nigel Laverick
GM Wichita Aviators #WeAreShitty
Since September 2041