It’s mid-morning and Ron Collins, General Manager of the Yellow Springs Nine is hunched over a data screen that’s covering the entire span of his desktop. In one corner of the display is a replay of last night’s game with San Fernando, a tilt that YS9 will eventually win 4-1. Collins has been analyzing real-time data coming from starter Adam Barnard. There’s an odd combination of interest and pain riding on his expression when a knock comes at the door.

“What is it?” he says, noticing Jose Cabrera, his latest assistant in the now open doorway.

Cabrera is a big guy in his fifties now but was a pitcher for a couple decades ago. He fills space.

“You got a few minutes, Boss?” Cabrera says.

Collins glances down. Not really, he thinks. But it’s his policy to give his team members whatever time they need whenever he can.

Cabrera steps further into the room, and his voice lowers. “There’s someone here I think you might want to interview.”

Cabrera’s eyebrow crooks and his head gives a gentle tilt.

Collins sighs, noting the time in the corner of his desk. He has a lunch session at the downstairs Nine Store in which much of the community is invited. Time will be tight, but he can make it.

“She,” Cabrera says. “is in the JFK Room.” (Editor’s note: all the Nine’s office suites are named for past players).

Collins stands and Cabrera escorts him down the hallway.

“What position are we hiring for?” Collins asks in his offhand way.

Cabrera smiles as they approach a door with a picture of John F. “John John” Kennedy, Jr. making a catch in the outfield. “Let’s call it Publicity,” Cabrera says, then opens the door.

Inside is a young woman with short hair parted to one side. Thin lips, sharp cheekbones. She’s put together wearing a crisp black business suit that accentuates a trim body that speaks of time in the gym. Her blouse is a perfect shade of Nine Red, and a gold chain at her neck brings a hint of yellow that makes her seem like part of the place.

“Good morning,” she says, standing and presenting both a professional smile and her hand.

Collins, enters the room and shakes her hand. Behind him, the door closes. 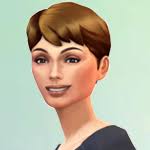 “I see,” Collins says as they sit down. There’s an actual piece of paper with her resume on it sitting on the table in front of him. Collins ignores it for the moment. “Jose says you’re in publicity.”

“That’s been my focus, but I’m thinking about branching out.”

Finally settled, Collins takes a moment to take this young woman in. She might be thirty years old, give or take five years. There’s a certain sense of purpose emanating from her, a feeling of intense focus under her otherwise pleasant demeanor. It’s a calming sensation, actually. It’s an expression that says Heidi Hickman is a person who knows exactly what they are doing.

There’s something about her that seems familiar, too, but he can’t quite place it.

“What role are you looking for, Ms. Hickman?”

“Ambassador,” Collins repeats. “Ambassador to … what, the middle east? We don’t trade with the UMEBA.”

“Ambassador to … or for, really … the people of Yellow Springs.”

“I see,” Collins said, not really seeing. “We already have a community outreach—"

“And just as much maybe against certain other elements of the BBA. That’s why I need to work off the grid.”

“Yes. Kind of underground, if you get what I mean.”

Collins sits back and studies her more closely. It hits then.

“You’re the one from Chicago,” he says.

Her smile this time has a tinge of predator in it that had been missing before. “Yes,” Heidi Hickman says, taking a breath. “Whatever you’ve read in the papers about me is probably wrong. But that was me.”

“They say you were fired for releasing information that shouldn’t be released and making a fool of Vinnie Vitale.”

“Vinnie Vitale makes a fool of Vinnie Vitale. It’s only a matter of time before he goes to the clink.”

“And you want to make that timeline shorter?”

“I admit that would be nice.”

“I want to make the world a better place,” Hickman says, “and Portland’s organization can barely make it to the ballpark.”

Collins raises his eyebrows to suggest she continue.

“Look, I admit that I’m guilty of leaking information to the press, but it was the right thing to do. And that speaks for who I am. I’m willing to stand up to bad guys, but to do it right I need to be working for the good guys. Vitale is an ass, and worse. After spending time in the Calumet City cesspool, I wanted to find a place with good reputation for solid business dealings.”

“That’s fair enough, I suppose.” Collins says. “I’ve had a lot of blowback from our fans about the trials and tribulations of travelling to Chicago for games. So, I get that. One guy still doesn’t have his car back.”

Collins laughs, but his interviewee does not.

“Nothing that dropping a few bucks on the Chicago homeless can’t fix,” she says—if you know how to work it.”

Collins stares at her for several beats. Was she proposing a kind of vigilante justice? She was, wasn’t she? Hiring people to stand guard over fans vehicles in order to retard Vitale’s shakedowns. Heidi Hicknman’s expression gained a sense of joy as she saw Collins make the calculation. Yes, there was definitely more to this woman than met the eye.

“Okay. Lay it out for me. Real. What do you mean when you say you want to be an ambassador to Yellow Springs?” he finally replies.

“I mean that I’m willing to keep my fingers on the pulse of what’s going on around the league and around the Heartland in particular, maybe travel around to the various ballparks and keep tabs on the moods of the fans in each city, and the people who work in our biggest foes’ front offices…you know…take temperature reads.”

Collins interrupted, glancing at the resume: “And you’re suggesting you’d be able to use your PR skills and educational background to interpret information in ways that might give you advance information about how various clubs are working?”

Her expression grew hard around the edges. “Vinnie and Vic had me mostly getting coffee, but I’m a psychology major with a Behavioral Sciences kicker. It’s what I do best. In the process, you get fair-use business information and your fans get to see the … um … superiority they hold as fans of the Nine.”

The idea was growing on him. It made sense, really.

“For instance,” Hickman said, “I understand you’ve had a series of issues with Loserville running covert espionage ops against you in the past—the last one took out Mr. Morrison (editor’s note: Fred Morrison had a 1-season term with the team that ended in delusions and angst, which some have speculated to be tied to Louisville meddling...though no proof has been publicly revealed). If you had someone like me in the field working your angle, it seems like that would be a benefit.”

She was right, Fred Morrison’s case was a debacle, and it wasn’t the first time Louisville’s front office had pushed underhanded approaches at hamstringing the Nine’s build. He was beginning to like this woman.

“It would be a benefit to have advance warning, but it’s all got to be legit. Nothing illegal. Nothing that gets anyone put in jail.”

Hickman’s smile widens into a relieved curve. “I agree. That’s why I’m here, and not at the dump in Portland. Illegal is bad.”

“How about devious, though?” she says.

There it was. The intense focus touched by a playful joy that would come from winning.

Good lord. You guys are taking cutthroat to a whole new level.

Oh my. You know Vinnie owns a variety of hazardous waste disposal companies, right? It would be a shame if you had a PCB spill in VIP parking ... just sayin’ ...

And thank you ... I’ve been casting about for another story line!
Top

Best series of Team News we’ve had since I’ve been in the league.

Working on my angle for all this now.....
Chris Wilson