The Wichita Aviators` announced the claiming of three young arms from the Rule V draft today.

First selected was twenty-one year old Colombian starter Sancho Torres. Torres handled himself capably in the AA loop as a twenty year old for the Hawaii Tropics' farm team, Carson City, before tearing his arm muscle off of his body throwing a pitch. He will be out until early August, which enables the Aviators' to keep him around without burning up a precious roster spot. Before his injury, he was ranked as high as the 66th best prospect in the BBA. He projects to have three plus pitches, and already has admirable control and passable movement on his pitches. If he comes out of injury rehab well, the Aviators' have found themselves a future Big League starter.

Second selected by the Aviators' was twenty year old Aruban lefty, Ultse Roseboom. Roseboom has struggled a bit in his early career, suffering TWO major elbow injuries which have shelved him for a combined 19 months of development time. Roseboom came out of no where, projected as a 8-8-7 pitcher as a 16 year old, but has since fallen to a projected 6-5-5 mainly due to his injuries. Roseboom also projects to have three plus pitches. His potential has been on the uptick recently, as he continues to recover from his major arm ailments. He struggled a bit in 2040 in Short A, for the Brooklyn Robins Georgetown club. But as a lefty, he looks like a future back of rotation, swing man type.

Selected last but certainly not least, was twenty-one year old Costa Rican, Julio Garcia. Garcia spent 2040 as a reliever in Single A Fort Worth where he was the main reason the Yellow Springs farm team won their league. He throws hard, and curiously has been harder on lefties in his career. Once Wichita gets the Yellow stains stench off of him, he may prove to be a capable player out of the Aviator bullpen.

Surprisingly, the Aviators' failed to lose a single player in the Rule V themselves.
Top

One of my biggest pet peeves is when the Rule 5 is referred to as Rule V...it's right up there with those who insist on backing into parking spaces and people who make an audible "ahhhh" after taking a sip of a drink. We can leave the faux Roman numerology for Super Bowls and Rocky sequels.

That all said, nice selections...perfect type arms to take a flyer on.
"My $#!? doesn't work in the playoffs." - Billy Beane Joe Lederer
Top

Al Hoot hated that too; kinda why I always do it

And amusingly enough, I usually back in to parking spots too!
Top

I think the league needs more ‘Lederer is Hoot’ references.
California Crusaders
Life is a bit more beautiful when time is measured by the half inning rather than the half hour. -- db "Shoeless" Olmsted
Top

Anyone know what the opposite of "Say Thanks" on a post is called and how to do it?
"My $#!? doesn't work in the playoffs." - Billy Beane Joe Lederer
Top

Exactly what Hoot would say...
California Crusaders
Life is a bit more beautiful when time is measured by the half inning rather than the half hour. -- db "Shoeless" Olmsted
Top 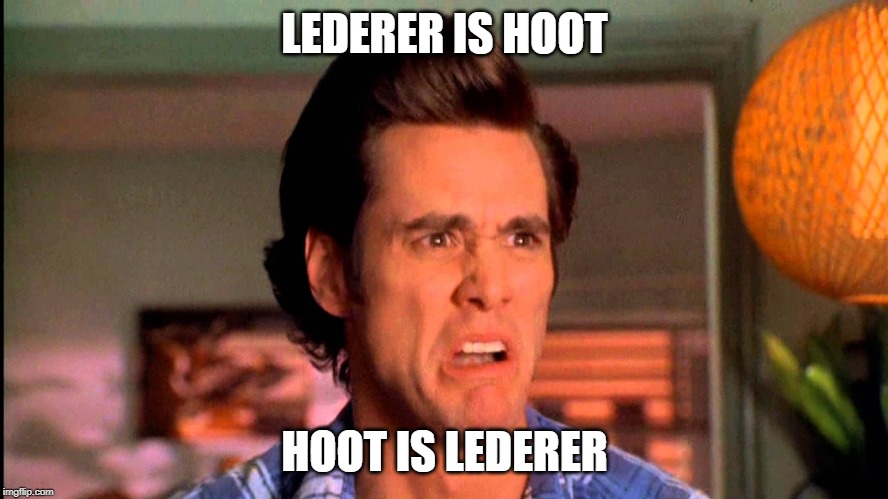 Thanks a lot, @bcslouck...now I’m going to have The Crying Game theme in my head all day.
"My $#!? doesn't work in the playoffs." - Billy Beane Joe Lederer
Top
Post Reply Previous topicNext topic
9 posts • Page 1 of 1