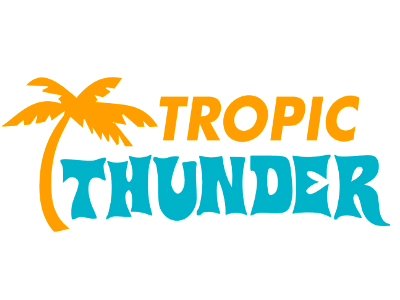 Today, General Manager Jim Walker took the podium at Diamond Head to make an announcement concerning the future of the Tropics.

The GM read from a prepared statement, “ This organization began play in the BBA as the Honolulu Typhoons in 1973. A team that not only made the playoffs but was victorious in the Landis Memorial Series. After 13 seasons wearing the Typhoon moniker the team name changed but the location remained the same. Now the Hawaii Tropics, has kept the same brand for the last 57 seasons of baseball in this beautiful state.”

Walker continued, “15 more playoff appearances and 3 more Landis Trophies later it is time for a change. The Hawaii Tropics announce not a re-brand, but a refreshing of the current logo, caps and uniforms. We have contracted with a Connecticut Company headed by Simon Michaels to design the future look of the Tropics.”


The GM then stood aside as the curtain parted to reveal the new logo for the Hawaii Tropics:


These changes are awaiting League and Commissioner approval.


After the applause had quieted down, each player walked out wearing the new uniform.
They lined up and posed for photos.

Then, Jim Walker finished by saying, “ I want to thank Simon Michaels Design for all their work on this project. This is for the fans of the Tropics and hope that everyone enjoys the new look. Remember to watch the Florida League coming up after the Landis Series to see the future of the Tropics to their winter season.”
Top

Sweet. Make sure to post in the PP Forum to make sure I do this.
Matt Rectenwald
Commissioner, GM: Nashville Bluebirds
Top