Once again the Brewster Baseball Association All-Stars were announced and once again Wolves SS Allende was front and center. Going to his 4th consecutive ASG Allende will bring along two new Wolves with him this year. Rookie phenom 1B - Chris Mann, and making his 3rd ASG appearance LF Andrew Torres.

Allende said its "...an honor to be voted on by the fans, and my fellow players & GMs. Its a great time where I get to catch up with some old friends and watch some good baseball."

Lets see if Allende and the Frick league can right the ship as the rival Johnson league has won the last few ASGs. 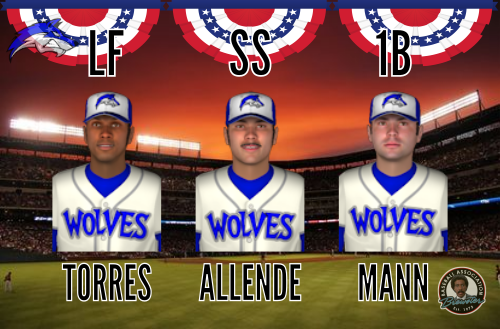