Sox Scoops 45.035: Black Sox Tonight: Waiting For The Other Shoe?

Sox Scoops 45.035: Black Sox Tonight: Waiting For The Other Shoe?

(Black Sox Tonight theme – “Lake Shore Drive” by Aliotta, Haynes and Jeremiah – plays as the camera zooms in on host Mandy Anderson behind the anchor desk).

Mandy Anderson: Good evening, everyone, and welcome to Black Sox Tonight! This evening, we welcome Malcolm Wilkes of BBA Weekly to help us make sense of the recent uptick in fortunes for our hometown heroes. And then, we have a very special guest – Pedro Gómez, the Sox’ excellent new catcher.

Malcolm Wilkes: Yo, there, Mandy.

Mandy: What’s up with the Sox? They’ve looked actually … well, competent, of late.

Malcolm: Yeah. Hard to get used to, isn’t it? Keep waiting for the other shoe to drop, don’t you? Well, it still could drop, but there are some hopeful signs.

Early in the season, the Sox were relying almost exclusively on their bullpen to win games – the Four Horsemen, at al. The starting rotation was pretty middling, and the offense was just … uh … putrid. And we all know how that went: they bounced around .500 or a little above and that was about it.

Mandy: And then things started to change …

Malcolm: Yes – for the better and the worse.

Mandy: How do you mean?

Malcolm: Well, for one thing, the bullpen started to look human. Granted, Gilberto Sosa is having a marvelous year. And Mitchell Purssell, although he’s fallen off the otherworldly pace he set last year, is still pitching very well. But Francisco Salgado – one of the Four Horsemen – has hit a real rough patch that’s seen his ERA balloon to over 5, and the Sox have started limiting his role. Through this stretch, the Sox bullpen has seen its ERA climb to 3.11 as a unit, and it’s now ranked just 5th in the Frick.

Mandy: So, how have the Sox been winning, Malcolm?

Malcolm: Through a canny mixture of bribery and arson for hire … (laughter from the studio crew).

Malcolm: OK, maybe not that. But actually, through something even more unlikely: the Sox have actually started to hit. Back in April, the Sox were ranked dead last in virtually every offensive statistical category, and they weren’t much better in May.

Combine that with a starting rotation that has finally settled in with a 3.86 collective ERA that ranks second in the league, and suddenly you have a solid pitching team and a middling offense … 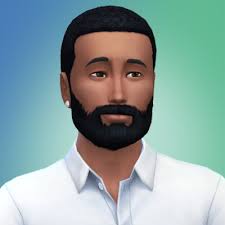 Malcolm Wilkes
Mandy: And that at least makes them competitive …

And you’ve got Aarnoud Budding putting up some nice numbers – including three homers in a game at Hawaii on July 14.

But you’ve also got some new contributors on offense: two-way guy Paul Kemp, who’s usually thought of mostly as a pitcher, has blossomed as a hitter this year. He actually hit 3 homers in a game at Louisville on June 25, and now is slashing .310/.324/.512 on the year. He’s on pace to post around 1.5 WAR as a batter, and another 1.5 WAR as a pitcher this year. Not too shabby, right?

Mandy: Of course. You said there were new “contributors,” though. So, who else?

Malcolm: Well, your next guest, for one: Pedro Gómez has come in and had a major impact. Remember, before the Sox traded for him, they were getting virtually nothing offensively from the catching position: Spencer Hillson was hitting below .200 (and still is) and that other guy …

Malcolm: Yeah … I can never remember that guy, and when I do I’m usually sorry I did. Anyway, he was even worse.

Gómez, though … for one thing, he made the All-Star team, and not as some kind of sick joke like Diesel Dave, All Star …

Mandy: I think Pedro has an interesting story about Diesel at this year’s game …

Larry Barkin
Then, there’s the new center fielder – Dan Flores – who’s done his usual fine job in the field, but has unexpectedly hit since coming over, too. With the Sox, so far, he’s slashing .309/.356/.447 and put up 0.5 WAR in 24 games. Pro-rated over a full season, that’s better than 3 WAR – at a position that, again, had been a black hole in the lineup.

That’s not to say everything’s rosy, of course. Their offseason free agent, William Wood, has been a flop in left (hitting .197/.265/.385 with a negative 0.1 WAR), and shortstop Jaime Ramirez is clearly near the end of the line with Chicago. He’s slashing .199/.239/.248 and hasn’t even been particularly good in the field – he’s actually got a negative zone rating at short. Here’s a prediction: the Sox bring up first round draft choice Larry Barkin to take over at shortstop and either bench or just cut Ramirez before the end of the season.

Mandy: But Barkin hasn’t been hitting at all in AA …

Malcolm: True, but he’s been fielding up a storm (+5.6 zone rating in 41 games). If he’s a net zero in the lineup, he’s no worse than Ramirez – and he’d help the pitching staff with his glove.

Mandy: I’ll be sure to give you credit, Malcolm.

Malcolm: You be sure to do that …

Mandy: OK. Well, we’re out of time for segment one here. We’d like to thank our guest, Malcom Wilkes, who covers the Heartland Division for BBA Weekly. And we invite you to stay tuned for an interview with our next guest, catcher Pedro Gómez.

Back after a few messages!

Malcolm (pointing at Mandy): Remember, when Barkin comes up, it was me who told you. I’ve got the inside line … I’m a Sox whisperer!

Mandy (as the screen begins to go dark): No one is going to care, Malcolm, except maybe Barkins' mother …

BBA Weekly, a charter member of the BBA Writers Association.