Trade Analysis: Not That Big of a Deal

Trade Analysis: Not That Big of a Deal

So, I heard a couple people make some noise about the recent Louisville/Charlotte deal. Also, there have been rumblings about what Louisville should do with 3B Rafael Gutierrez for a bit, given that they have a potential all star on the way at that position. So let's take a look:

I want to start with Gutierrez because I think he's the most well known player in this deal, but Louisville is the buyer, so we'll start with their add. Stephan Shaw, GM of Louisville is in the thick of a wild card chase, and has been mentioned on podcasts and elsewhere, has had pitching injuries and ineffectiveness attempt to slow his pace. (Aside, I tried to type "Sebastian Shaw", but I'm pretty sure our Shaw is not an X-Men villain and leader of the New York Chapter of the Hellfire Club).

Anyway, Shaw picks up pitcher Luis Gonzales to aid in his quest for world domina ... err BBA Heartland division domination. Gonzales is a very interesting player. Let's get some facts down first. He's a 28 year old 8/6/7 (As SP) righty featuring a cutter, curveball, changeup combo. The change is especially good and he plays up against lefties because of it. He should be a #2 type starter, but has absolutely not performed as such. If he can start, he's on a fantastic deal for 3.1 mil AAV that carries him through the next two seasons with an option for 2048 at the same value.

So why hasn't he performed? Well, the first thing you have to realize is that Gonzales became an entirely different pitcher during/after the 2040 season. So throw out everything before that date. I think he's one of those rare, "added a change-up" guys. Still, since his metamorphosis, he still hasn't been very good. 2042 and 2043 with Chicago were particularly bad. However, since moving to Charlotte mid 2043, he's has FIPs in the mid 3's, being used largely in a relief role. The other note I'd make is he did have some starting success in Chicago in 2040 and 41. Those two bad years in Chicago are both impacted by bad HR/9 rates at or over 2, which have since dropped to the 1.5 range. He's also improved his BB/9. There's reason to believe this will continue, especially considering the change in HR allowed coincides with the league environment adjustment. The question is whether this is due to coming in in relief, or starting.

Either way, with the contract Gonzales has, he's likely to be a valuable add for the Sluggers. He has the stamina to be a 120 to 150 inning reliever, so even if he can't start, Shaw will extract good innings from him. Louisville has some good young players who will need to get paid soon, so this type of player/deal makes even more sense for them. The one caveat is that he' fragile.


Okay, so now onto the much talked about Rafael Gutierrez ... uh, guys? This is it? Why do I even know this dude's name and why does anyone really care what Louisville does with him? Okay, maybe that's an exaggeration, but I was expecting more. He's a nice player (10/8/1/3/10 with 10 speed). A good contact hitting, gap power, acceptable defender with great speed. So he's a ... 3 win player. I mean, sure, he could be the 4th or 5th best bat on a championship contender I suppose. Did we all get over excited by his out of character 2042? He's been worth 13.3 WAR in parts of 6 seasons prior to this one. That's less than 3 wins per year. I'll concede there's some playing time stuff dragging that average down, but he's also fragile, so expecting a full slate of games out of him is not realistic.

So, yeah, Gutierrez is a fine player. He has potentially elite top of the order OBP skills and speed. But that's his whole skill set. He's not going to drive in any runs. Realize everyone, power is so prevalent in this league that Gutierrez .320/.361/.412 line last year was essentially league average. Having no power to speak of puts you far behind other hitters. And yes, Gutierrez has gap power according to his ratings, but he's only averaging 30 2B and 10 3B a year. Not exactly insane numbers.

Okay, sorry Brett. I'm not trying to shit on Gutierrez. It's just when people talked about what Shaw should do with him, I was expecting an all star, not a very good role player. Especially considering Shaw has a potential All-Star on the way. And the question is what to do with him. He's on his last arb year at 6.7 mil, and 25 years old. You can expect another peak year or two from him if injury doesn't make him lump. So does Brett flip him? That's not a bad idea. A lot of contenders could use a strong OBP force atop their lineup. Extending him could get rough, because this is absolutely the type of player who makes me scared of long extensions. If he loses any speed or contact, he's a 2 win player instead of a 3 win one, and you just can't pay 2 win players in the 10+ mil range. I assume Gutierrez is asking for well over 10 mil. Given that Charlotte needs good players as they build up, they can overpay a little, but not a lot.

Again, not taking a big dump on the guy, he just didn't live up to the hype.

The other player that Charlotte received is 17 year old 2B prospect Isat Katsurirangan. He's basically a low chance lottery ticket. The 17 year old has already lumped to the status of future 2B backup, (9/x/2/4/x -> 7/8/1/3/10) which isn't great. Also, he's pretty much only a second basemen. So he could be the right handed short side of a 2B platoon and not much else. Some of these early IFA lumpers do re-bump, so there's that. But he's basically a long shot.

What this comes down to then is a probably good reliever/possible starter on a steal of a deal who is fragile for a nice top of the order 3B, also fragile, on an expiring deal plus a long shot lottery ticket.

The move makes sense organizationally for both teams. Charlotte needs to add prospects. An aging fragile pitcher is no good to them. And Gonzales has enough question makes it's hard to say he should have gotten a haul. Shaw probably looked at Gonzales and saw all the huge potential upside to acquiring him that I do, but for Brett to convince others of that as a seller is an unreasonable ask. Unless Gutierrez takes a sweetheart deal though, I think his best value may be as a flip rather than extension. A team that desperately needs a true top of the order type right now might pay a good deal for him.

Louisville on the other hand fixes their upcoming logjam and extension problems and adds a part that helps them now and could be very good given the contract if he can start. If I were Shaw, I'd just trust the ratings and plug the guy into the rotation at some point, even if that point is next season.

Overall, I think this is a fair trade. Charlotte still has a little bit of work to do. An overpay extension on Gutierrez could make this a bad move for them, but there are lots of ways for this to be a great move for them in the long term.
Ted Schmidt
California Crusaders (2021-2038)

Gutierrez is mainly to bring the fans back to town after we lost quite a few from the Stone trade. And, hopefully we can then flip him next season or get a comp pick or sign him for a decent price. Also, I've built my park and my team so there is a lot of gap power and speed. Gutierrez fits the profile. The injuries do worry me some but sometimes you have to take the chance. As for Kasturirangan - not looking for him to be much more than an injury fill-in, so its all good there.

Gonzales does okay as a SP but is much better as a RP. I had him splitting time with Reini as a Stopper. His HRs are lower, again, because of the park. Very hard to hit HRs in Family Dollar Field so that certainly helped him out. Either way, the price is nice for a few more years no matter how he gets used. As for his Fragileness, I personally think people seem to get wrapped around the axle about that label sometimes. He's been hurt 23 days going back to the 2041 season, mainly finger blisters. He tore his meniscus in 2040 and hurt his elbow in 2037. To me, that's not really fragile - Gutierrez is Fragile.
Brett "The Brain" Golden
GM: Nashville Goats 2034-2039 (The Plan® was working when I left!)
GM: Charlotte Cougars 2040-

Thanks for the analysis, Ted. The writing was on the wall for Gut, because my cheap 2B option in Moran allows Mendoza to play his natural 3B position. I shopped him quite a bit with surprisingly little interest for a 3 WAR player. But he can be very effective for what Brett needs.

Gonzales has so many question marks that caused me to hesitate. Fragile, pitch mix, lack of consistent SP performance.... But if his ratings hold and he doesn't give up 17 million HR in my park, he'll be a perfect #3-4 SP for me, allowing me to move Garcia to the pen where his STU/MOV nightmare combo can play up a bit better. And at worst he's a high-quality bullpen swingman.
GM, Louisville Sluggers, end of 2038 - current

And I would be remiss without... 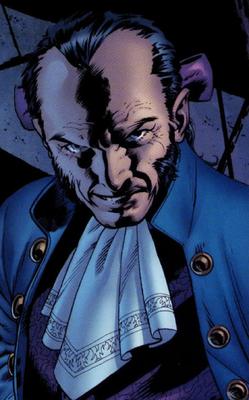 Yup. I had just got it in my head somehow from the "What should Shaw do with 3B?" discussions and knowing who his potential replacement was that he was more like a 5 win guy. That's all. 3 win players are fine. You just have to be really careful with extensions. IF a 5 win lumps a bit to 4 in and is overpaid, that's not so bad. If a 3 win guy lumps to 2 wins, those overpays hurt more in my mind. 2 win guys are still solid, but not rare enough in my mind to dole out big bucks. Just the rarity thing.
Ted Schmidt
California Crusaders (2021-2038)

All I know is that Gonzales gave me endless heartburn while he was in Huntsville/Chicago. On paper, he seemed like he should be terrific, either starting or out of the bullpen, and he never seemed to do anything but underperform. I think he was contaminated by Pavel Bure, Jr. (who came over with him in the trade that brought him to Chicago). I would say I hope he does better in his new home, but seeing as how that's Louisville, I don't ...
Top
Post Reply Previous topicNext topic
7 posts • Page 1 of 1