A Tale of Two No Hitters

A Tale of Two No Hitters

April 27, 2044 will be a day in BBA history that will belong to two men. In the Twin Cities and on the Hawaiian Islands, the two men would each do something remarkable, and to my knowledge has never been done. But to understand what happened, we need to take a deep dive into who the two men were and what each was facing.

The first man is Hawaii Tropics starter Alaric Wullenweber. Wullenweber was a second round draft pick of the Tropics in 2038, and quickly shot through the Tropic system, eventually being ranked as the top prospect in the BBA. What made him into a top prospect was his 4 elite pitches, 100 mile an hour heat, and 11 stamina. And the scary thing is that every single team in the BBA at the time passed him up, and a couple passed on him twice. If we were doing a redraft of 2038, Wullenweber would be lucky to pass the 5th pick, and he looks to have settled in nicely to becoming the poster boy of the young and talented Tropic pitching staff that was much talked about. Wullenweber makes staying up for Hawaii games worth the investment, as he can attack a batter with a variety of tools. If he wants to, he can just throw it right by you. If he wants to, he can change speeds. And if he wants to use a breaking ball, he has both a nasty curve and the rare screwball. It's honestly amazing that he has not won a Nebraska yet, and April 27 made it clear that he has the stuff to do something special on any given night.

The other man is Carlos Valle. Valle is 29, and has been one of the principal faces of the Yellow Springs Nine. He was drafted in the 4th round, and is one of the best players to come out of the draft. A two time Nebraska winner, Valle tends to get a lot of his outs via the grounder. His consistency in winning at least 15 games, pitching meaningful postseason games, and durability are going to put him squarely in a Hall discussion.

So how rare is it to have two pitchers pitch a no hitter on the same day? Well, in the fictional MLB it happened once in the modern era. On June 29, 1990, Fernando Valenzuela of the Dodgers no hit the Cardinals, just hours after Oakland pitcher Dave Stewart no hit the Blue Jays. In the BBA, it might never have happened before. No matter what Valle and Wullenweber do the rest of the year and the rest of their careers, they will be forever linked to this day in BBA history.

Wullenweber's no hitter was agonizingly close to a perfect game. He faced 28 batters, only hitting one batter. The 12 strikeouts and no walks helped keep his pitch count low, and he was able to stay in the game because he got 3 runs of support. This is one of the most dominant no hitters in BBA history, because of 108 pitches needed to complete the feat, and double digit strikeouts. That means that Wullenweber shouldn't be too impacted by this outing in his next start. The Long Beach batters had the misfortune of running into a pitcher on his game, and there is nothing you can do but tip your cap. The Tropics currently stand at 16-8 and leading the Pacific, and should be fighting all year to stay that way.

Valle was not as clean as Wullenweber was when he pitched his no no in Minnesota. Valle faced 31 batters. His blemishes on the no hit day were a hit batter and 3 walks, and needed 125 pitches. He had 9 strikeouts, and the other outs were split evenly between grounders and flyouts, which is interesting. Valle is a groundball pitcher, so on a day when the ratio of groundouts to flyouts were not ideal, he was still able to get outs. The 125 pitches might come into play in his next start, but Yellow Springs has a deep staff and is in a great position early. They are 18-6 and 4 games clear in the Heartland, and they should continue to defend their division title.

There will be other stories this year. Other milestones, pennant races, and other interesting things. But these two no hitters will be in history forever.
GM, Brooklyn Robins: 2043- 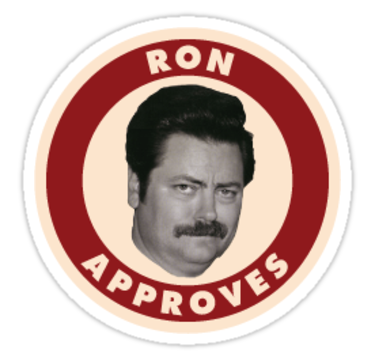 Thanks for bringing up Dave Stewart no-hitting the Jays. 14-year old me was raging (not just cause of hormones) because I hated the A's so bad.

They say it don't be like it is, but it do!
Top

To add more to the Wullenweber lore...

His no-hitter was a cherry on top of his incredible performances thus far. Did you know that in the start before his no-no he pitched a complete game two-hitter??
Matt Rectenwald
Commissioner, GM: Nashville Bluebirds
Top