Welcome to week 15 of Makeover Mondays. It took a while to get this posted, but its here finally. This is mystery team Makeover Monday #2, the "People's Choice" for a UMEBA re-deu. Welcome to the club Cairo!

Originally founded in 2037, (the inaugural year of the UMEBA), they've been to 3 consecutive UMEBA championships, loosing 2x to my old stomping grounds... the Jerusalem Hebrew Hammers. In their 6 years of existence they've posted a .524 winning %. In 2043 things seem to be on the downward trend, as they are currently sitting sub-500 and are in danger of finishing that way. If so, it would be only the second time in franchise history that they have done that. Over the 7 seasons they have had 5 GMs, with the majority of that churn in the (42/43) season. Their look has been consistent throughout the seasons, but the people have spoken, and we shall answer! 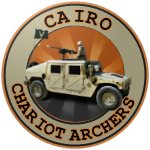 Another logo that doesn't have a real baseball feel to it. What looks to be a marine in a hummer, looking to kill some bad guys. 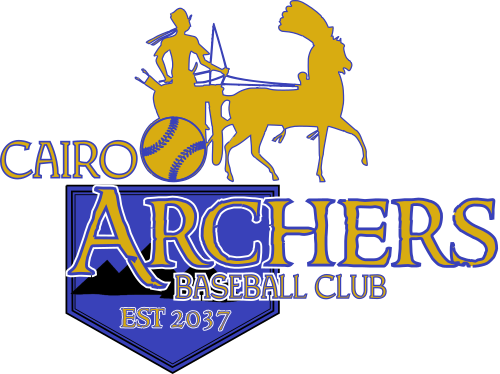 I wanted to keep the blue/gold color scheme for the team but total blow-up the old logo. The updated logo is that of an Egyptian chariot archer (the wheel in the chariot) is a baseball, and he is riding over a home plate with the pyramids of Giza in the background. I used a little Rebuses action to replace the word chariot.

Hats: -- They had one hat in-game, (home and away). Bi-color hat (blue bill & white sides, and yellow brim. It has a script C on the brim of the cap in team font. 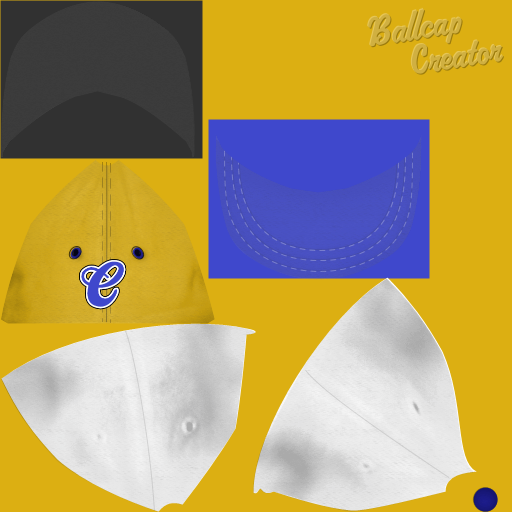 New: -- Stayed with the teams primary color scheme, and cut it down to one hat for both. Its now a solid blue cap with a gold brim. It now has an interlocking CA on the brim on the brim in the teams new font. Home Uni: -- The team had two jerseys in-game (home and away). The home jersey was a yellow/gold in color with a blue collar and undershirt. Across the chest was the wording Cairo in team font with some blue pyramids on the shoulder. Also on the sleeve was the eye of ra. The away jersey was grey with light blue pin-stripes, a gold undershirt and collar. Again the eye of ra on the shoulder, and the Cairo wordmark in team font. 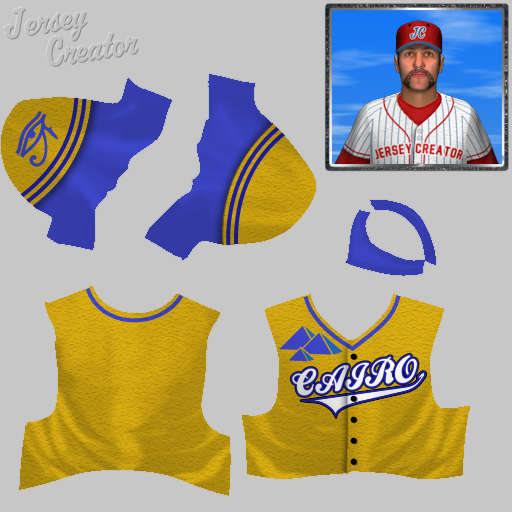 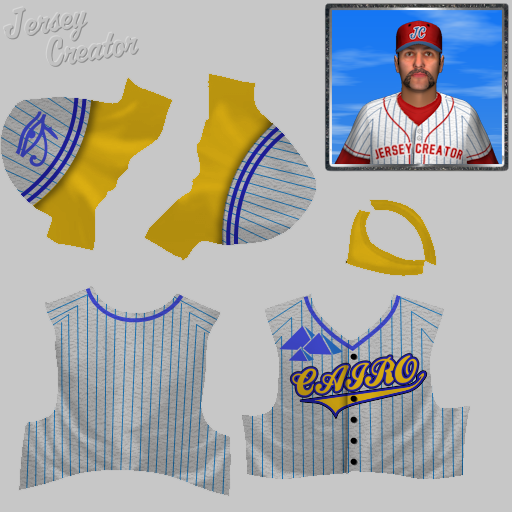 New: -- Updated the new home jersey to be a white in with thin blue piping on chest and blue and gold stipes on the sleeves. The team will wear blue undershirt and collar. The teams nickname is now across the chest (in new font) on the home jersey, with the the new team logo on the sleeve, and the eye or ra on the other. 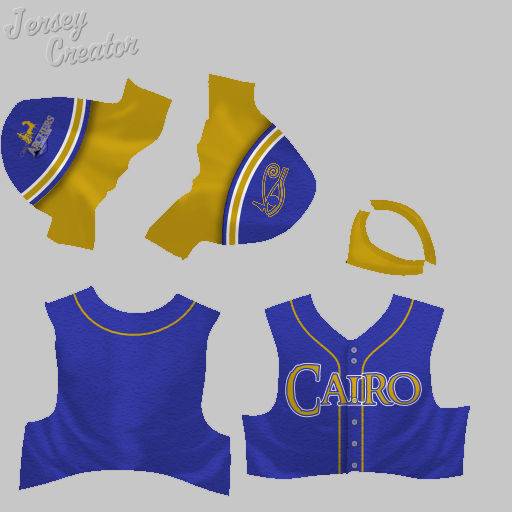 Up Next a battle to determine the fan favorite makeover! Details to follow...

Fat Nige wrote: ↑
Fri Jul 31, 2020 2:58 pm
Not too keen on the logo which appears to change the name from Chariot Archers to Archers

It a Rebus. It uses a symbol not the word.

I know but it’s just something I don’t like, don’t get me wrong I’m not criticising the work at all. It’s just for me I like to see all the words on the logo. Just my view, I’m sure plenty will like it lol
Nigel Laverick
GM Wichita Aviators #WeAreShitty
Since September 2041

This is one of the best makeovers.

No worries all good

It stirs conversation, and that's all I wanted